It’s hard to believe that the Samsung Galaxy SIII was released back in May this year. The phone has racked up 30 million sales. So naturally, it isn’t surprising that there is going to a Galaxy S IV and the rumor mill is already in full swing with the purported specs, features and expected release date for the successor to one of the most popular smartphones of our time.

It’s rumored that the Galaxy S IV will come with a 5-inch 1080p AMOLED display, a quad-core Exynos 5440 chip, a 13-megapixel rear auto-focus camera, and will feature a slightly thicker 9.2mm body, a change that would make the S IV very Note-like this time around, and would explain the S Pen functionality.

The Samsung Galaxy S IV might have a 4.99 inch Super AMOLED full HD display with a resolution of 1920×1080. This works out to be a mouth watering 441 pixels per inch, much higher than what the Retina display of the iPhone 5 offers. We know that Samsung is working on flexible OLED screen technology and it will be interesting to see if the Galaxy S IV features that. Recent production issues, according to DigiTimes, might force the Korean giant to go with the Super AMOLED or push back the release date for the phone if it decides to go with OLED. Samsung is expected to show off the display that will be on the newest Galaxy phone at the CES 2013.

Rumors have been all over the place when it comes to the expected release date of the Galaxy S IV. Samsung, through Twitter, officially denied the February MWC 2013 launch date recently. Our inside sources suggest that Samsung will announce the Galaxy S IV sometime in April with a May release date. But expect the tech on the phone to be flaunted much earlier at the CES and MWC next year.

Tech giant Apple is planning to launch a fifth generation tablet in March, a report has claimed.
According to Japanese tech blog Macotakara’s inside source, the new iPad will look like the iPad Mini in design and detail and the dimensions of a slightly smaller iPad 2.
The new model, according to the blog, would feature the Retina display with the same resolution as the third and fourth-generation iPads.
According to the Daily Mail, these theories have been backed up by Digitimes and come from a source known for its accuracy regarding insider information about Apple products.
If they do prove to be true, it would suggest that Apple is stepping up its game and keeping ahead of the curve within the world of tablets, the paper said.
The current iPad measures 9.50in (241.2 m) by 7.31in (185.7mm) by 0.37in (9.4 m) and so according to the reports, the new one would be almost as thin as the iPad Mini at around 0.3in (7mm), the paper added.

More than five million domain names were added to the Internet in the third quarter of 2012, bringing the total number of registered domain names as of September 30, 2012 to more than 246 million worldwide across all Top-Level Domains (TLDs), a report said today.

According to Domain Name Industry Brief, published byVeriSign Inc, a provider of Internet infrastructure services for the networked world, the increase of 5.7 million domain names globally equates to a growth rate of 2.4 per cent over the second quarter of 2012, and marks the seventh straight quarter with greater than two per cent growth.

“Worldwide registrations have grown by 26.4 million, or 12 per cent, since the third quarter of 2011”, a VeriSign statement said.

Google’s senior vice president for Chrome and Apps, Sundar Pichai, 40, is among the three Indians in the top team of CEO Larry Page. He is also the mind behind products such as GoogleDrive, Chrome and Apps. Pichai, an alumnus of IIT Kharagpur, stopped over in Bangalore en route his annual visit to Chennai. In a chat with ET, he spoke about how search will evolve in the future and Facebook’s search bar. Excerpts:

What is the reason behind the frequentGmail outages? Can businesses trust Gmail and Google Apps with these frequent disruptions?

We rarely ever have problems like this. But that’s not an excuse. Sometimes a major inbound cable coming to a country gets damaged and we have to route that traffic to other data centres. Secondly, we are constantly changing the Gmail code. It is like refuelling a plane in mid-air. It happens on a day-to-day basis. If you compare it with Windows, one gets to see only four versions of Windows in five years. But with Gmail we’re constantly updating it. It’s challenging. In the coming months, you’ll see a lot more changes in Gmail. We are constantly thinking about how we can make our inbox easier.

We just launched Gmail for the iPhone in the US market. We will also be focussed on integrating our internal products with Gmail. India is a big market for Gmail. Our user base for Gmail has grown to 50 million users here. During Hurricane Sandy, organisations that were working on ground and rescuing people were running Google Apps. It was heartening when they came and told us that nothing happened to Google Apps all those days.

How does Google Apps plan to compete with Microsoft?

Earlier, businesses were used to having this old system of end-to-end computing on a single platform. They are very worried now. They want to move to something different. There are two reasons. Employees don’t necessarily use the same platform. ‘Bring Your own Device’ is a new norm in most companies, and most employees work on platforms ranging from iOS to Android. That gives us a big opportunity. Secondly, Microsoft’s Windows 8 breaks the backward compatibility of its own end-to-end ecosystem. The apps anyways will now have to be rewritten for the Metro look and feel. That will give Google a huge window to break into apps for businesses in the new year.

Does Google fear that Facebook can change the dynamics of online search in the future?

Anytime a company like Facebook does something, it’ll have an impact. We believe innovation is important for all of us to advance. We’ll see what they do. We are sending tremendous social signals via Google Plus, which we’ll constantly be integrating into our services. Search, as we define it today, will evolve. One of the things why people underestimate search is because it looks so simple. But when others try to do, the complexity of it comes out. About 20% of the queries we get everyday are new. At superficial level, others can match what we’re doing, but to keep up with information on a day to day is hard.

So, will Google be in the search business five years from now?

Five years hence, if we are doing search the way we are now, we will certainly be doing something wrong. The current search definition won’t make any sense then. We, as Google, are not in the search business. We are in the business of knowledge. For instance, Wikipedia is one of the most important sources of knowledge now. In future, there will be completely new ways of getting knowledge. Take the classic analogy of how railroads went out of business in the US when national highways were built. What they didn’t realise was that they were in the transportation business and not in the Railways business. That’s how we think.

How is Google’s cloud strategy different from Apple or Microsoft’s?

Today, most of the competing services require you to use their ecosystem to fully avail their services. For example, IE 10 makes available cloud experience but they (Microsoft) expect you to use Windows. For the Mac, they (Apple) expect you to use iPhones and iPads. Google’s cloud strategy spans across devices and platforms. Our goal in the new year is to help users live in the cloud, independent of the device they are using one should have a continuous experience. Chrome is an essential part of that strategy where users just sign in, and get the same experience everywhere replete with autocomplete forms, web-links and bookmarks. Mobile is a big focus for us. We have this year launched Chrome and Gmail for iOS as well. Google drive also has a multiplatform strategy with good editors for both iPhones and Androids.

When is the Chromebook going to be available in India?

We just launched the Chromebook this year with our partners Samsung and Acer, priced at $249 (about Rs 13,700 now) and $199 respectively, in the US. Now we have reached the stable stage. We will be launching the Chromebook in at least two countries in the Asia Pacific region by March 2013. Unfortunately, India is not part of that. Launches are dependent on our partners. They have to be committed to make it happen in any country. Hopefully it will happen soon. Affordable devices such as the Chromebook will bridge the digital divide. The challenge in India is the diversity. For a market such as Vietnam, a service launched in one language may be sufficient. But in India, with over 22 languages from Kerala to Assam, it’s a huge challenge for us to customise our cloud experience to all local languages. 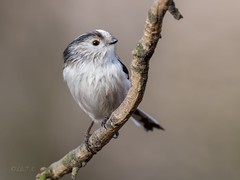